My friend Brandon Orselli asked me to do music for his gaming podcast. He wanted something that sounded like an anime theme. My binge-watching of anime opening themes from the 90′s and the 00′s revealed to me that there definitely is an “anime sound.” Basically, the composers of these themes imitate whatever American music is popular at the moment – rock, pop, grunge, heavy metal, piano ballads, rap-rock, etc. – but make it sound “hyper correct.” The voice-leading is perfect. The harmony is perfect. The rhythms are perfectly structured. The drumming is impeccable. The vocals are pristine. The lengths of phrases are perfectly balanced. In total, it pays homage to American music in a way that American music doesn’t even pay to itself. And on top of that, every last bit of rhythmic space is filled completely.

This last quality is the most curious. I can only speculate, but my guess is that this results from how generally minimalist Japanese art is compared to American / Western art. It’s almost as if given permission to fill in negative space, that sensibility goes whole hog.

So here’s me, an American, imitating Japanese composers imitating Americans. Oh, and all of this intent is squeezed into about 12 seconds.

Ok. Technically not a game, but a project related to games!

In May 2019 I participated in Purple Monkey Jam X, organized by Scott Doxey and his company Cantina. I ended up on a team with Brian Soulliard, programmer, and Henry Lutts, artist. 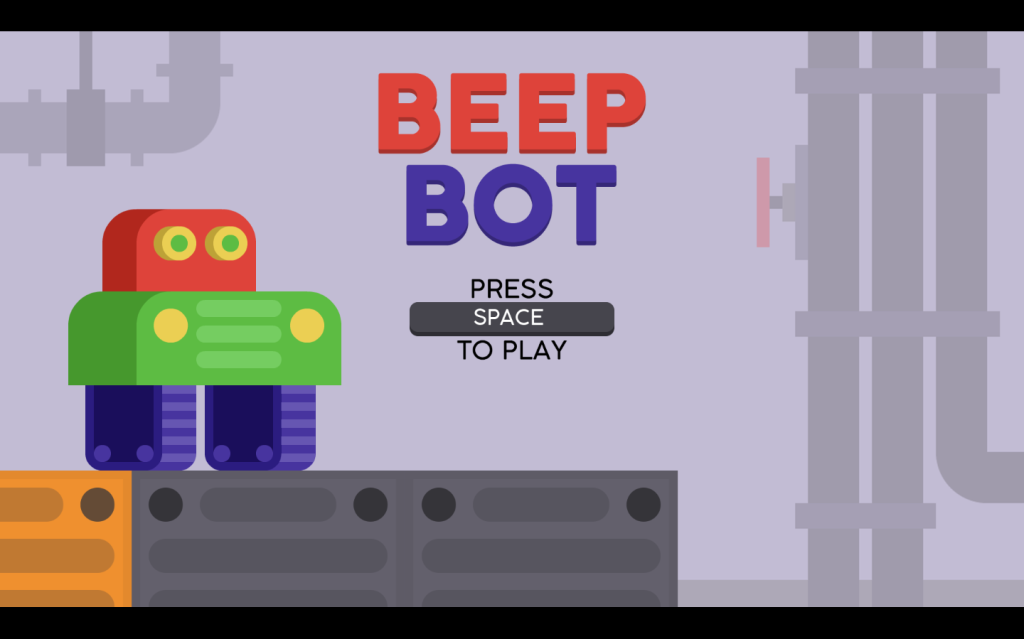 The theme of the game was “Two buttons.” My first thought was the one we eventually went with: one button executes commands and the second button rotates between command options. The rest of the design was collaborative. Our real secret weapons, however, were Brian’s level design and Henry’s UI design, as you’ll see below. For the music and sound effects, I wanted something childlike, quirky, and joyful with 8-bit and mechanical elements. This was the most fun I’ve had in a game jam in a long time and I am very grateful to have worked with these two highly talented individuals.