I’m sure you’ve heard of thatgamecompany. I helped composer and thatgamecompany audio director Vincent Diamante with additional orchestrations and score preparation for their upcoming game Sky. Looking at some of the screen shots from that game, I was really excited to see how it came out.

I have a pencil-and-paper background: 20 years playing trumpet, Finale power user, Master’s degree from New England Conservatory – so this project was really up my alley. Orchestration and score prep are incredibly fun because realizing another composer’s intentions is a fascinating musical puzzle.

Here’s one of the tracks I for which I helped with.

Here’s what Vincent had to say:

“Jared’s a really cool composer that I’ve been running into for the last few years. He’s recently been helping me out this year with the stuff I’m doing for Sky, especially doing orchestration and score prep to replace my mockups with recordings. He’s actually been particularly great at showing me my options when we get to orchestration crossroads, but he can also just make things happen as needed.”

Thanks Vince. Read more about Sky:

Alpenwolf liked my work on Elveteka so they asked me to work on their next project, Divine Right. We’re converting the old 1979 board game by Glenn A. Rahman and Kenneth Rahman into an online multiplayer game, complete with AI! There’s a lot going on underneath the hood so all I can show for now is the title screen music. 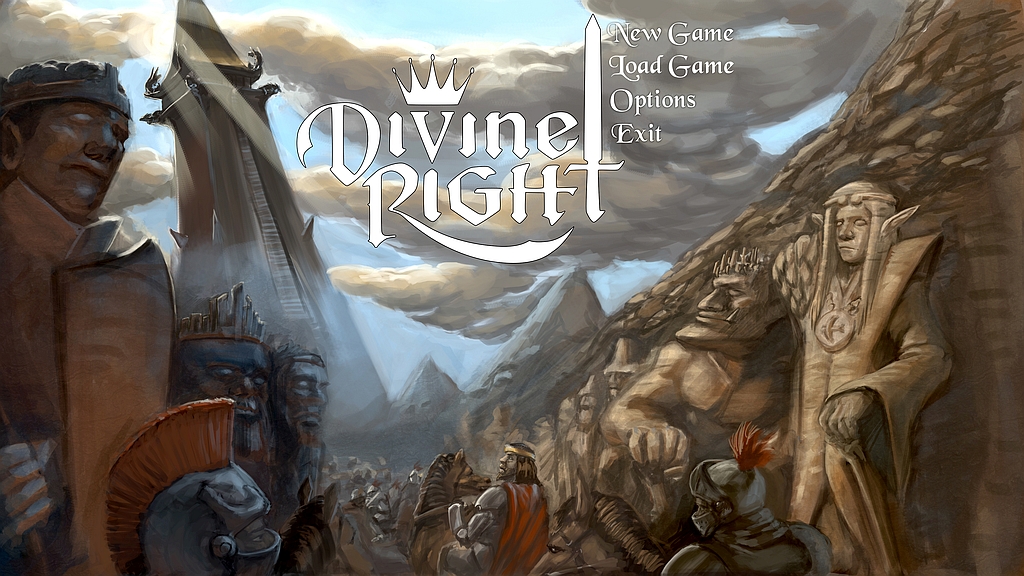 What stands out here? The light shining down from the heavens through the tower, the statues staring down onto the monarch, the monarch looking up. He is aware of the historical moment, comparing himself to the great men of the past. The tower and the army – a marriage of martial and magical forces. Between the stone and the light, a sense of lightness and heaviness, all at once.