Aspects of a Good System

A good system reduces your reliance on:

(Yes, physical effort too, but that’s not so germaine to game audio.)

Memory: the more external reminders you get the more your mind is freed up to muse, imagine, and explore.

Willpower: the more tasks are broken down into smaller components the easier it is to focus on each one. Also, performing tasks when you know you’ll be in the right frame of mind makes then easier to perform.

Decision making: the more that simple decisions can be routinized the more you can focus on the big picture (ie., forming systems to handle groups of decisions) and the more cognitive power you have left over for complex decisions.

It’s easy to confuse systems with goals. Scott Adams distinguishes between them:

“Goals are a reach-it-and-be-done situation, whereas a system is something you do on a regular basis with a reasonable expectation that doing so will get you to a better place in your life. Systems have no deadlines, and on any given day you probably can’t tell if they’re moving you in the right direction.”

This understanding carries an implicit critique of goals.

“Thinking of goals and systems as very different concepts has power. Goal-oriented people exist in a state of continuous presuccess failure at best, and permanent failure at worst if things never work out. Systems people succeed every time they apply their systems, in the sense that they did what they intended to do. The goals people are fighting the feeling of discouragement at each turn. The systems people are feeling good every time they apply their system. That’s a big difference in terms of maintaining your personal energy in the right direction.”

As Scott points out you can waste a lot of time playing semantic games defining the two. It’s best to simply approach each situation with “how can I be more systems focused?”

What does that mean? Break an activity down into a repeatable process that you can always apply. Whenever something doesn’t work out the way you want it to, think of something that’s low effort which works to bring eventual success.

Finally, if all you’ve got is a checklist, as Nick Taleb might point out, you don’t stand to benefit from unforeseen opportunities. (To be honest, I would love to write more about Taleb’s ideas, but I wouldn’t know how to do them justice at the moment. All I can say is, go out and read everything by him you can.)

And that’s it for systems.

And if you were curious, this was typed mostly on the train or during times when I couldn’t focus on composing. If I veered into a topic that would take me hours to explain, I pulled back. As soon as I detected a stopping point, I stopped. And when I put this on my website, I gave myself 20 minutes to proofread and format it. 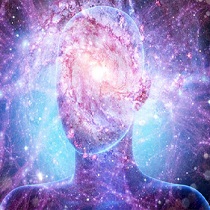 Let’s extrapolate. Assume at any given moment there are four independent simultaneous layers. A quadrant:

Speed of reaction is on a spectrum. (Immediate, fast, medium, slow, nearly constant.) Diagenics is either / or. (Either tied to a game world object or constant position relative to player.)

Some emotional reactions are delayed. There’s the immediate reaction, which is slightly after the stimulus. And there’s your reflections on that feeling. And there’s your sense of what’s coming next. There’s a sense that you may be hopeful or weary of the future. There’s such a thing as how long you feel a certain way before the feeling subsides a bit. Or maybe the music is tied to the present moment.

Assuming the player wishes to continue playing we can anticipate what he is thinking and his feelings on it. Another way to say it, the mechanics of a game direct the player towards certain thought patterns, and success / failure (deferred success) helps us anticipates his feelings.

Having an idea of what the player is likely to think / feel helps us with pacing. Need to match and reflect player’s state to gain trust.

Trying to move beyond emotional intensity curves here. A good first step but not always appropriate to the action of a game.

How to represent different time orientations?

Reflective: no new material, but endless variations on old material. Slower pace of information. Sense of examining the same thing under many different guises / from different points of view.

This suggests ways for music to flow. FMOD implementation ideas: future orientation leading to a present state… perhaps the future orientation is cycling through many ideas over loop. (Perhaps the length of the loop, meaning the number of ideas in it, increases as the high score increases). Eventually you reach the point where your full attention is required. We could say this is when you reach the current high score (of the session.) Each moment of the future loop is ready to become a present state. New material suddenly stops being introduced and is repeated with minimal variation tied directly to the game state / mechanics. (Which means its complexity increases directly with the game.)

So, a future loop could have sections a, b, c, d, e. And there would be equal number of present-oriented deep examinations of each: A’, B’, C’, etc, ready to transition at the drop of a hat. (I think going to a reflective area is a little easier because the use of space of sound design aided transitions helps a lot.)

Extrapolating, where you are in one loop determines where you start in the next. This allows on-a-dime transitions with minimal (still plenty) transition material.

So far this has been about short and long time reactions. The short reactions happen the most during present, steady state music. The longer reactions determine which time orientation you are in and are connected to challenge level and high score.

Left out of discussion: long scale in-world sounds. (ambiance.) This suggests that changes in challenge level might correspond with a change in level / visual information, to justify a change in ambiance. Otherwise, ambient intensity could be a slow moving thing.

The music is the soundtrack to the player interacting with the system. (Not always, but this is my personal favorite starting point.)

Imagine watching the player playing the game. You are composing the soundtrack to that.

The simple fact of playing a game over a period of time and interacting with it is something the music needs to reflect.

Gameplay footage. Now imagine footage of a player interacting with the game to produce that gameplay. What can you expect the player to think and feel?

Persuasion technique: pacing and leading. Watch skilled rhetoricians in action. First describe the current situation. Reflect people’s own thoughts and experiences back to them. Nothing more. Gain trust. Show that your mind is like their mind. Then make predictions about what they will be feeling and thinking. Vague if necessary, like astrology. Always a way it can come true. When your predictions come true the crowd trusts you more and more. You go from reflecting to something more. Be patient with this. Eventually you break the barrier between their mind and you mind. They are in your reality now. They expect anything you say to be true now and will perceive reality differently to make your words true. You can persuade anyone of anything with enough time. You must believe this.

Now with game music. Imagine footage of a player interacting with the system. At first, reflect what they see back to them with music and sound effects. Reward and encouragements. Establish comfort. Tropes, genre expectations, cliches. Establish trust.

Now the music does something which is weird and doesn’t reflect the game. Huh, what’s that? Then the game moves into the next part. It’s a perfect fit! Wow, the music predicted that. Repeat. Sharper contrasts between music and gameplay. More time between prediction and fulfillment. Trust, trust, trust. Break down the barriers between minds.

Learn, from deep experience, intuition, testing, where this breakdown occurs.

Make sure, along the way, that the music, in addition to matching the game, also follows it’s own internal logic, whatever that may be. Rhythm, theme, harmony, color, etc.

Now follow the music to its own place. The player is ready. Barrier between minds dissolved. Go further and further. Make the player invest in your frame. The player will see in the gameplay and the visuals whatever it is the music is suggesting. You have transformed the game with your music.

This of course is the ideal. May only ever be partially realized. No formula, only heuristic. Art, not science.